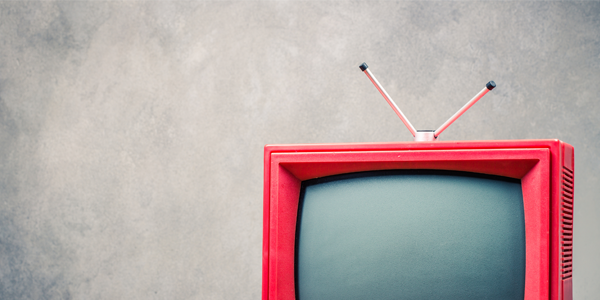 What do you get when you throw three tech geeks into the hurly-burly of advertising? Chaos or a communication breakdown are two distinct possibilities, but in this case born, in 2008, was a start-up that does what most ad agencies do — and more.

What sets this outfit apart from the rest of ad land is the tech backbone it has created to allow small regional businesses across India to advertise on television. With the help of a barcode system and cloud-based infrastructure on which TVCs are stored, Amagi is able to play different ads in different regions on the same air-time band — say 30 seconds — it has bought on a particular channel.

Here’s an example to illustrate how it works: When Amagi buys air-time from a particular broadcaster, it gives the broadcaster a tape that simply blocks a certain air-time band — says 30-seconds during the second break of Balika Vadhu on Colors. When the broadcaster’s feed comes across this particular 30-second slot, it pulls an ad shot by Amagi for say Lida capsules via a ‘dart box’ that resides with the local cable operator — let’s assume this one is based in Thane. The dart box will access the actual TVC shot by Amagi for Lida capsules from a cloud infrastructure of Amagi and play it across all Thane homes watching the show. In other cities across the country, ads for different products could be playing during these 30 seconds via the same process, with all these TVCs residing on the cloud.

Away from the tech maze, Amagi has a creative team led by Bhaskar Mani and B Mohan who had worked with agencies like JWT and Lintas earlier who create the actual advertising. There is also a 75-member sales team that scouts for clients. Subramanian says Amagi today has more than 600-plus advertisers on its roster, many of whom have been working with the company for more than six months.

And then there are the clients. Lida Biotech from Mumbai has been with Amagi since eight months and, according to Sameer Nair, director, Lida Biotech, demand for Lida capsules — a fat-burning capsule — has gone up by 50% since they started TV advertising. “We used to advertise in print in Mumbai, Bengaluru and Pune, but after our ads appeared on TV, we have started receiving orders from many far-away places like Tripura,” says Nair.

Amagi helped Lida Biotech make the TVC besides doing the media planning and buying. Lida capsules ads appeared on TV an estimated 10 times daily for eight months. Nair says Lida will go back to TV just before the festive season begins and sees the partnership with Amagi as a long-term one.

Up north in Chandigarh, Amrjeet Mehta, MD, Padam Motors, a dealer for General Motors, has a similar story to tell. While Mehta says the direct co-relation between TV advertising and sales is still not established, he says his old customers have called him after seeing their ads.

“There has surely been an increase in awareness about our company. To date we have done about 10,000 seconds of TV advertising through Amagi,” says Mehta.

Pratap Bose, COO, DDB Mudra is excited by the Amagi model. “What Amagi offers is exactly what a big client would be interested in, say when they want to test market a product or service in a single geography. But one main thing missing in the recipe is measurability,” says Bose.

Appearing on TV, says Bose is a matter of pride for a small trader.

The downside: Amagi may be able to attract smaller channels to its offering, but the big boys may not be too interested. “If I am a Sony, why should I let Amagi market my channel? It’s an ego thing,” says a media honcho on condition of anonymity. Do I let Amagi sell my channel; how do we split the revenues, are some of the questions that big broadcasters may not be willing to answer, thinks the media head.

The current rate card for Amagi’s services range from Rs 80,000 for a single spot to Rs 4 lakh for repeat spots for one month. While this may be higher than what a small businessman will pay for print ads or bulk SMSes, the response to their TV debuts are encouraging. Satara-based Sprivil Healthcare, which sells organic cosmetics made from clarified butter, got a 1,500% increase in the number of customers who visited its website in the three months that it worked with Amagi. And Sarang Khire, MD, Sprivil Healthcare, is sure he will go back to Amagi for more.

So can Amagi make this a money spinner? Started with a funding of Rs 40 crore, Amagi got another round of funding of Rs 25 crore from the Nadathur group, an investment firm, in 2011. The returns, though, have still to come.

Bose of Mudra reckons it will be an uphill task. “What they are doing is logically, fundamentally a planner’s paradise. But only when it gains a certain scale —with big clients on board — will the model evolve.”