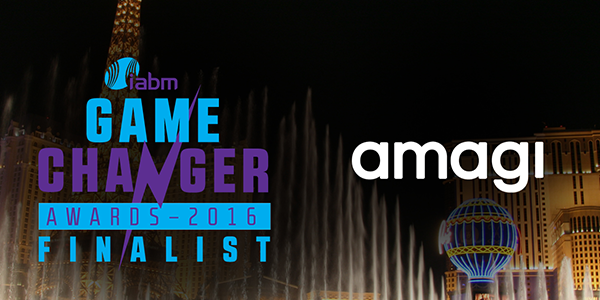 Amagi, a leader in cloud-based broadcast infrastructure and targeted TV advertising platforms, has been named as a finalist for the 2016 IABM Game Changer Awards for its CUMULUS cloud broadcast platform. The CUMULUS platform is one of three final candidates in the Playout & Delivery Systems category and was shortlisted based on its ability to virtualize the entire content distribution workflow, including content preparation, management, playout, and monetization. CUMULUS also provides the flexibility to support different delivery models such as cable, satellite, cloud, IP, and OTT. “The IABM Game Changer Awards are a recognition from the industry experts for product innovation. It’s indeed a great honor to be one of the finalists,” said K.A. Srinivasan, co-founder of Amagi. “CUMULUS is the only platform that offers an end-to-end broadcast workflow on the cloud, bringing in flexibility, scalability, and cost efficiencies to broadcast operations.”

Amagi partners with best-in-class providers to stitch together a comprehensive workflow where TV networks can leverage the full power of cloud broadcast. Amagi will be expanding its CUMULUS partner ecosystem in the months to come, providing a wide choice for its customers as they transition to next-generation cloud platforms from existing traditional broadcast models.

Amagi has a track record of introducing game-changing products, winning the IBC Innovation Award and ASBU BroadcastPRO Middle East Innovative Project of the Year Award in the last six months.

More information about Amagi and CUMULUS is available at www.amagi.com.

Amagi is a next-generation media technology company that provides cloud broadcast and targeted advertising platforms to customers globally. Amagi enables TV networks to create a complete broadcast workflow on the cloud, with support for content preparation, storage, archival, playout, delivery, and monetization at a fraction of the cost compared with traditional broadcast models. Using Amagi’s award-winning, patented technologies, advertisers can target audiences at a regional and individual level across traditional TV and OTT multiscreen platforms. Amagi has deployments in over 25 countries for leading TV networks, and is India’s largest TV ad network supporting more than 2,500 brands. Amagi is headquartered in Bangalore, India, with offices in Hong Kong, London, New York City, and Tokyo.