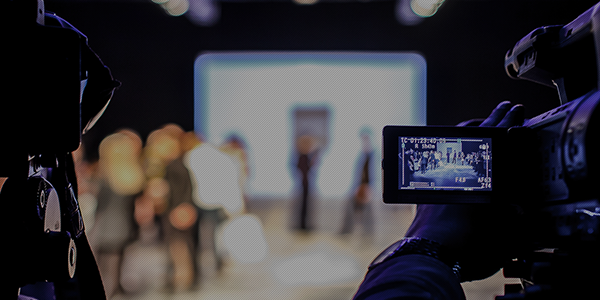 Amagi's new platform STORM IRD, currently the first of its kind on the market to turbo-charge satellite based receivers to support full-featured edge content insertion infrastructure that reimagines the localization of TV globally.

Amagi, the leader in cloud-based TV broadcast platforms, today announced the global launch of its unique cloud-based edge content insertion platform, STORM IRD, at IBC 2014. The first technology of its kind, STORM IRD enables TV networks to replace content across hundreds of headends, by harnessing their existing satellite receivers without the need to reinvest in new channel feeds.

One of the biggest challenges TV broadcasters are faced with is localizing content across multiple countries or regions to suit viewer preferences, or abide by complex broadcasting regulations, content licences and for monetizing their content with local advertising. Until now, broadcasters have been unable to locally insert content across hundreds of headends in individual countries in a steadfast, cost-effective and scalable manner, and were forced to start a completely new satellite feed.

STORM IRD, is an enhanced satellite receiver with support for local content store, trigger detection and insertion of HD video, multiple audio tracks including Dolby surround, subtitles and multi-layer animated graphics. All local content and schedules are downloaded through trickle bandwidth on the satellite and has built-in extensive addressability features. Amagi uses its patented and unique AMAGI WATERMARK technology as the content insertion trigger. This watermark based technology enables the most flexible content insertion workflows without the need for deep integration with traffic and scheduling systems. The complete system is manageable over a cloud infrastructure allowing TV networks to manage their localization needs from across the globe over web browsers.

“Amagi is delivering the future of TV playout which the world demands,” says Baskar Subramanian, Cofounder of Amagi. “Broadcasters have so far been unable to implement reliable and scalable technologies which localized content seamlessly and without the need to subsidize or invest in further satellites or channels. STORM integrates IRD and edge content insertion in one full-featured product, to allow TV networks to customize content to suit regional needs and for local advertising, like no other product on the market, it harnesses the networks existing infrastructure.”

STORM IRD has already been implemented across many regions of the world. In Brazil, a US-based movie channel customized content for audiences on its multi-country feed by replacing select content using STORM IRD, the channel saved hundreds of thousands of dollars by completely avoiding setting up new satellite feeds specifically for Brazil. In Asia, the technology has been used to cater to country-specific advertising in an entertainment channel across hundreds of headends. In another instance, by deploying STORM IRD, the channel seamlessly replaced religious content with evergreen content at local headends in Singapore, without having to set up new satellite feeds.

Subramanian added: “Amagi has placed itself at the forefront of the industry. Its technologies are shaping the way the way we think about localizing and monetizing the world's content. At IBC, TV executives from across the world will be able to see for themselves the difference that Amagi is making.”,

Storm IRD and Amagi's suite of products will be on display at booth C35, Hall 3 during IBC 2014 at the Amsterdam RAI from 11-16 September. If you would like more information, or you would like to talk to a representative from Amagi, please contact Joanne Turner at joanne.turner@proactive-pr.com or on +44 (0)1636 812152.