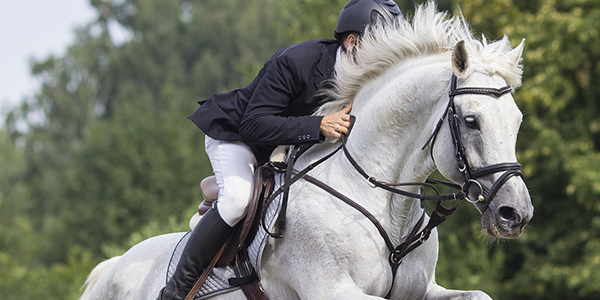 By Enabling a Wide Range of Playout Capabilities in the Cloud, Amagi’s CLOUDPORT Speeds Up Operations, Increases Flexibility, and Lowers OPEX and CAPEX.

Amagi, a leader in cloud-based broadcast infrastructure and targeted TV advertising, today announced that Horse & Country TV (H&C TV), the popular television channel broadcasting exclusive sports event coverage, news, documentary, and personality-led programming about equestrianism and the country lifestyle, has deployed Amagi’s CLOUDPORT to optimize the delivery of new channels around the world. Utilizing CLOUDPORT, which offers end-to-end broadcast workflow capabilities on the cloud, H&C TV is able to reach a wider global audience at a fraction of the cost of traditional satellite-based playout methods, while improving its transmission quality.

“We transitioned to Amagi’s CLOUDPORT platform in Benelux and Sweden in 2013 and then in the U.K. in 2014. We have since expanded into Australia and Germany,” said Heather Killen, CEO and chairman at H&C TV. “Amagi’s CLOUDPORT platform resolves our challenge of reaching high-value, non-contiguous geographies, enabling us to launch new channels affordably and with a short time to market of just four weeks. With traditional satellite technologies that would never have been commercially viable and the lead times would have been longer.”

The CLOUDPORT platform offers 99.99 percent guaranteed broadcast SLAs, and can be deployed at the edge, at the teleport, or even at the data center to suit the broadcaster’s distribution requirements. By providing H&C TV with comprehensive playout and ancillary workflow management on the cloud, CLOUDPORT simplifies operations, increases flexibility, and lowers OPEX and CAPEX while enabling higher playout reliability at significantly lower costs.

“H&C TV is a great example of an award-winning TV network that is best served by leveraging cloud-based channel playout technology versus satellite feeds,” said Srividhya Srinivasan, co-founder at Amagi. “Through CLOUDPORT, H&C TV is able to perform hyper-localized and cost effective international distribution of its channels.”

CLOUDPORT delivers H&C TV channels to leading operators such as Sky in the U.K., Deutsche Telecom in Germany, Fetch TV in Australia and UPC in Benelux.