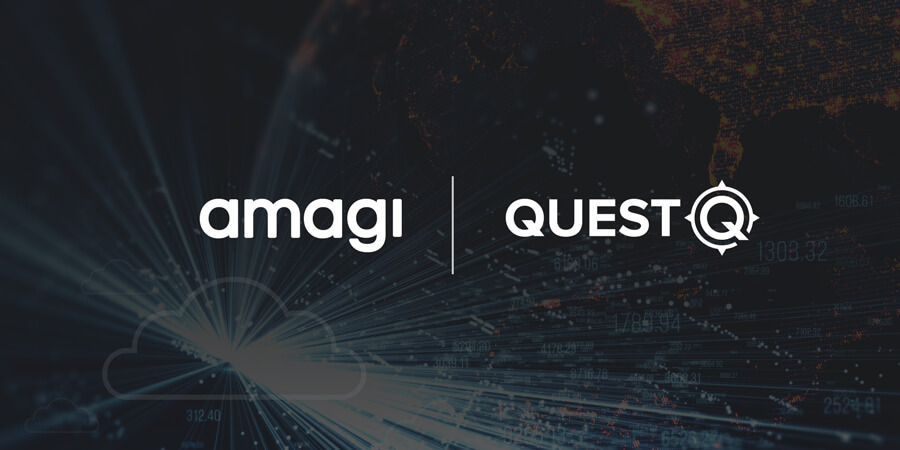 Quest TV, Amagi and WideOrbit set new bar in “speed-to-market” thanks to first-ever integration of cloud-based playout and traffic systems

Quest TV, a new over-the air broadcast network, is the first U.S. broadcast network to fully adopt cloud-based solutions for traffic and playout management through its partnerships with Wide Orbit and Amagi.

A foundation of Quest TV’s fast rollout, expanding its distribution to over 52% in under two months, is its unique, first-in-the-industry full cloud playout and traffic technology stack. Quest TV’s system is an integration of Amagi’s groundbreaking cloud-based channel playout platform, CLOUDPORT, with WideOrbit’s WO Network traffic and scheduling platform. The two technologies combine to create a seamless broadcast workflow that is managed by the Cooper Media team with a simple yet powerful web-based user interface.

“Amagi and WideOrbit’s integrated cloud solutions have helped us launch successfully and scale our audience in record time,” said Steve Schiffman, CEO, Cooper Media. “By deploying these critical systems from the cloud, we have been able to open new media markets faster than any previous diginet.”

Using Amagi CLOUDPORT, Quest TV is able to move all of its content to the cloud and manage assets, add dynamic graphics, integrate playlists and schedules. WideOrbit in turn delivers the feed to Quest TV affiliates, including those at TEGNA and Univision, and monitors the feed 24x7 from any remote location.

“For too long, broadcasters have been limited in what they can achieve by satellite and fiber models,” said Deepakjit Singh, CEO of Amagi. “The cloud removes these limitations and allows for broadcasters to reach new heights at minimal costs and time investments. By choosing to be solely cloud-based, Quest TV has set an example of both how the cloud can benefit broadcasters and where the industry is heading in the next few years.”

Quest TV was also the first cloud implementation for WideOrbit’s WO Network, its solution for managing sales, traffic and billing for national networks.

“We have always focused on delivering products and services that help media companies maximize their revenue opportunities. One of the keys to that is offering a technology backbone that delivers the operational flexibility to scale quickly and capture new audiences,” said Eric R. Mathewson, founder and chief executive officer, WideOrbit. “We are really proud to have played a part in Quest TV’s impressive launch. The combination of Amagi’s CLOUDPORT and WO Network sets them up for continued growth and success.”

Amagi is the world’s first cloud-managed broadcast services and targeted advertising solutions company. Amagi brings simplicity, advanced automation, and transparency to the entire broadcast operation, be it for traditional TV or next-gen multiscreen platforms. Amagi has deployments in over 40 countries, enabling TV networks to launch, operate, and monetize channels anywhere in the world. Amagi Corporation is based in New York, with offices in Los Angeles, London, Singapore, Hong Kong, New Delhi, Mumbai, and a R&D center in Bangalore.

Amagi Selects GTT’s Network to Support Its Cloud Managed Broadcast Services for TV and OTTMoonbug Entertainment Partners With Amagi To Expand Its Linear Streaming In The U.S.Pac-12 Networks a Player in the FAST Game with Support from AmagiAmagi Expands Its European Operations To Meet Growing Demand
Loading Tweets