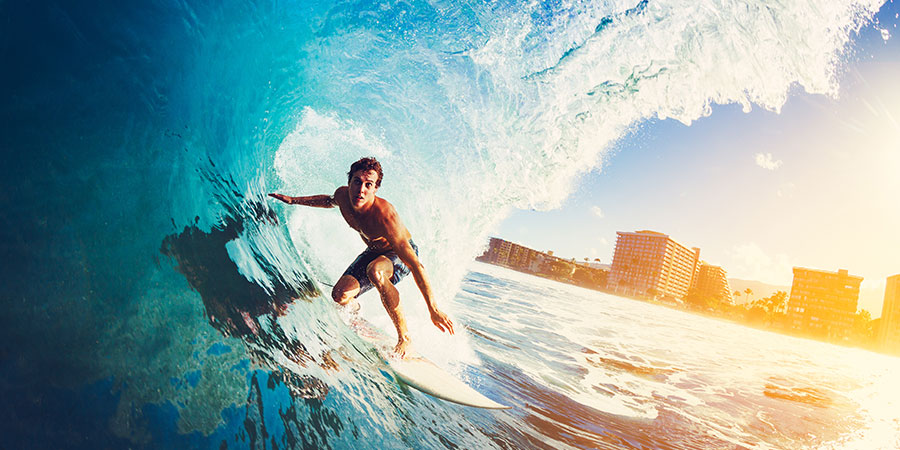 Cloud is ready for live sports broadcast. It’s just waiting for the kick-off

While the technology has been available, it has taken time for the broadcast world – where a minute of downtime can cost hundreds of thousands of dollars – to entertain cloud as an option for live transmission. But now, some are beginning to see cloud not just as an alternative, but as the best way to future-proof their businesses.

Amagi has been a cloud-based company since its launch in 2008, a time when most media companies hadn’t even heard of cloud yet. Now, Amagi is helping customers deliver video to audiences through multiple cloud services, including playout, master control and complete end-to-end broadcast workflows, as well as add-ons like analytics and server-side ad insertion (SSAI). The company has also been lending its expertise to companies ready to take the plunge into live broadcast in the cloud.

“Cloud originally was not made for real-time video workflows,” explains KA Srinivasan, co-founder of Amagi. “But it has come to a stable configuration where you can run fairly complex workflows with high bandwidth video, and then get that out to viewers with latencies similar or even better than you would have seen with on-premises workflows.”

The sheer number of vendors offering mature software tools in the cloud has been one factor in making live cloud more appealing. The fact that the cost of operation has come down too has also helped – a trend accelerated by cloud operators working with vendors to create much more efficient cost structures.

But this year’s major tipping point in accelerating cloud adoption has been the Covid-19 pandemic. Social distancing needs have cleared out traditional master control rooms, forcing crew and talent to work remotely from home – a development that may be with us for some time. For workflows designed to be operated on-prem, this is a daunting challenge. For the cloud, it’s simply business as usual.

“Cloud and remote collaboration have become a necessity now, not just a nice-to-have,” says Srinivasan.”

However, moving to the cloud doesn’t mean broadcasters need to immediately eviscerate their entire on-prem workflows – the transition to the cloud is sometimes quite gradual. And with the recent push given by Covid-19, broadcasters are realising they now have access to a whole new raft of opportunities, with their teams able to work remotely from any number of locations the major, and most immediate, advantage.

But one of the biggest long-term benefits cloud is offering in the current unpredictable world is business agility.

“We recently did a project with a customer who said that if they had tried to launch with a traditional hardware-based set-up, it would have taken a year, or year and a half, to set up, install, test and validate everything. We went from start to finish in three months,” explains Srinivasan.

with content, as and when it needs to, spinning up offerings for sports events or pop-up channels without large capital expenditure costs. Spend can be also tailored for each channel, time of day and other circumstances. A sports broadcaster might want to deploy triple-redundancy for a major national sporting event, but won’t want to keep that level of overkill for regular weekday programming. In the same way, a company can deploy disaster recovery only in the moment it is required, rather than continuously spending money on standby systems that aren’t needed.

“In pretty much every other business, technology would follow what the business aims were,” says Srinivasan, “but for broadcast, it has been the reverse, with businesses operating within the boundaries set by the technology. The cloud gives those business teams freedom to get out of those constraints. They don’t need to plan five years in advance, they can adapt to whatever the circumstances are.”

So how ready is cloud for live broadcast? Especially for content like sports, where a moment of downtime can ruin the audience experience?

Amagi has run sports channels in the cloud, in a variety of markets, for some time, including Discovery’s Eurosport and DSPORT in Asia, beIN Sports in the US, as well as EDGEsport and the Tennis Channel. Amagi’s experience confirms cloud is more than ready to handle live. The question is, are the live sports rights holders ready for cloud?

“There may need to be some more stress testing for something like the Super Bowl,” says Srinivasan, “but we are ready as at least a secondary solution for even those major events.”

Some of the benefits Amagi sports broadcast customers are already getting include live, AI/machine learning-driven closed captioning. Cloud makes it easy to incorporate the latest iterations of AI tools directly into the workflow.

“AI and machine learning on-prem doesn’t even make sense, given all the capacity that goes up and down. Given how much traditional MAM closed captioning would cost, on the cloud it comes in at one-thirtieth the cost,” says Srinivasan.

Live graphics are an essential part of sports television. Cloud can enable more flexible and powerful graphics content, particularly in being able to localise or customise graphics for audience location or demographic. The flexibility and scalability of the cloud allows for more experimentation and trial and error in all aspects of the broadcast, including branding and visual style. Amagi has added support for more cloud-based graphics vendors, like Singular.live and NDI-based live graphics.

So when will cloud be Super Bowl-ready?

“It’s not a technology problem, it’s more just a confidence problem. Am I ready to bet my few hundred million dollars on cloud? At that level, any amount of capital expenditure is worth it – it’s not about the cost savings that cloud can provide. But that confidence will come over time,” explains Srinivasan.

Amagi currently offers a sports automation product allowing live sports networks or other rights holders, such as sports teams, to bring studio and stadium feeds, in a variety of

protocols, directly into the cloud for transcoding, orchestrating and delivering to live playout streams. The product can ingest up to eight simultaneous streams and, using a browser-based interface, switch seamlessly between them, while incorporating live graphics, voiceovers and captioning.

“It’s full-blown sports automation, just running in the cloud, operated from a browser,” says Srinivasan. “And it can be distributed across different geographies with permissions specific to each user.”

Teaming up with the customer

But just as every sport has its own rules, so does each sports workflow. Each broadcaster has its own particular requirements. Collaboration with these customers ends up being a growth experience for both parties.

“Our customers all have unique workflows and unique situations they each have to deal with, depending on what sports they’re handling, the configuration of event and where their feeds are coming from. We’ve built capabilities to help handle those,” assures Srinivasan.

Recently, a customer needed to manage consecutive live sports events that, due to delays, would overlap. Amagi created a solution that meant the second event was queued after the first.

In another case, Amagi helped a customer accommodate the unpredictable incorporation of different formats – NDI, Zixi, etc – which might be used in the variety of feeds it had to deal with.

Other customers have had specific live close-captioning parameters that needed to be included or special requirements for automatic VOD publishing to their platforms, which would be available the instant the live game ended.

“We try to make our system as generic as possible with rules and customisation that our customers can use to build things for themselves,” says Srinivasan. But Amagi also offers its broadcast and OTT cloud offerings as a fully managed service, which some of the company’s sports clients are taking advantage of.

“We run the channel ourselves for many of our customers. Unlike other software vendors, we understand what it takes to run live sports on the cloud. These are all high-profile events that have very high penalties if you don’t meet their SLAs. It requires highly resilient architecture and not just playout and automation, but an efficient monitoring infrastructure,” explains Srinivasan.

Sports broadcasters need to do some consideration before they choose a cloud services provider. They need to ensure that any solution that is going to replace their legacy systems needs to not just work well, but to work well over a long period of time and on a large scale. Some vendors may produce impressive results within a certain range, but may start to falter when asked to work with large bandwidth live streams.

Latencies are, of course, essential to examine closely. A cloud service must be able to achieve close to on-prem latencies. Until recently, issues of latency were one area where on-prem infrastructures had the lead, but this is no longer always the case.

The company coming new to the cloud will also want to have access to other related workflows beyond the mere ability to live stream. It’s also important to have facilities for live recording, highlights creation, playback and VOD deployment all within the same system. It also needs to support all the available formats a broadcaster will want to distribute in – if not now, then in the future. These might include 4K and HDR right now, but in the years to come we might even see 8K in the cloud.

The new cloud service has to be able to support the workflows that are currently underway. Cloud may be a step up for some broadcasters, but it doesn’t mean a clean break from everything that has gone before. The cloud service must play nicely with the incumbent systems. By the same token, it must be able to adapt to new things coming down the pike.

“Some broadcasters aren’t sure yet if they want to have everything on cloud. They want to have an architecture that could be hybrid, where they could have some playout and automation on-prem and some on the cloud,” says Srinivasan.

Although companies may be adopting cloud at different rates, will all broadcast be done through the cloud eventually? Srinivasan thinks so.