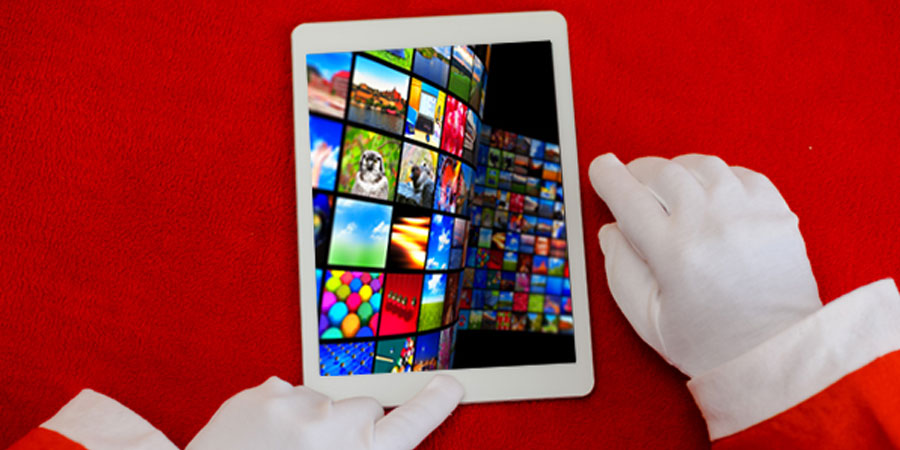 Pop-up channels are time-bounded, 24x7 linear content streams delivered to viewers – be it on traditional broadcast TV platforms or on OTT platforms and devices. Pop-up channels can take multitude of hues – theme-specific, event-driven, seasonality, demographic-oriented, market testing and many more.

In the era of cloud broadcast, pop-up channels may soon become integral to the content and growth strategy of broadcasters, operators, content owners and platforms. With cloud, you can easily spin-up/down channels without having to invest in large infrastructure and operations teams. You can create channels from any remote location and distribute them, globally.

Further, pop-up channels are relatively less expensive than fully-loaded linear channels with no long-term commitments. Even the viewers are clear in expectations and understand that the channel will be on air for a 15-20 days’ period. As we enter the holiday season, here are three ideas that you can build your pop-ups on.

This week, Disney clocked US$ 10 billion in box-office revenues, the highest for any studio in a single calendar year. Frozen 2, Avengers: Endgame, Aladdin, The Lion King, Captain Marvel, and Toy Story 4 contributed to Disney’s massive haul. And, we are still awaiting the December release of Star Wars: The Rise of Skywalker!

Now, Disney can look at launching a linear pop-up channel for two weeks, lining up all their releases that collected more than a US$ 1 billion at the box-office in their entire history. This way, Disney can bring their fan-base together to celebrate iconic movies from the studio, enhancing their association with the Disney brand, and create a 360-degree buzz – social media, merchandize, advertising, and subscriptions.

Disney can also create a Star Wars-specific pop-up channel in the run up to the worldwide release of the latest offering. It can air previous editions of the franchise movie, behind-the-scenes snippets, interviews with current cast, live reactions/reviews from outside the theater, endorsements with brand partners (apparel/toys/gaming), and offer premium advertising inventory that caters to a finely segmented and identifiable audience pool.

This year, two of the globally popular long-running series aired their final episodes – Game of Thrones and Big Bang Theory. HBO and CBS respectively can rerun the entire series as a linear broadcast, complete with channel graphics, promotions, and advertising. Even regional networks across the globe can potentially license the content and launch a pop-up channel with audio-dubbed in local languages, subtitles, attracting regional advertisers, and building a channel profile piggy-backing on popular content brands.

If you are an operator finalizing content licensing deals with studios/content owners, and you are unsure of the revenue share split, pop-up channels are an excellent tool to gauge audience interest and advertising potential. You can create a program schedule with different types of content and tweak overall programming based on audience feedback. If you run a pop-up OTT channel, you can access detailed analytics, giving you insights on viewership, primetime viewing, ad impressions range, and advertising yield among others.

This way, you can make informed decisions on programming, content acquisition, ad inventory and pricing. You can then launch full-fledged linear channels based on the pop-up channel experience and learning.

Amagi offers an end-to-end solution, as a fully managed service across channel creation, distribution, monitoring and monetization. At Amagi, we have identified three critical elements that make pop-ups work.

We rely on a lot of automation across the broadcast workflow to accelerate channel launch while keeping the costs low. We use a public cloud infrastructure such as AWS with a pay-per-use cost model. Our presentation scheduling is automated – accessing initial schedule, placing program segments, creating ad breaks, adding promos and interstitials based on pre-configured rules.

One can easily add dynamic graphics through templates, add subtitles, and create a broadcast-grade channel in SD/HD/4K UHD formats for both traditional broadcast TV and OTT platforms.

So, this holiday season, would you let a new cheer pop up?!