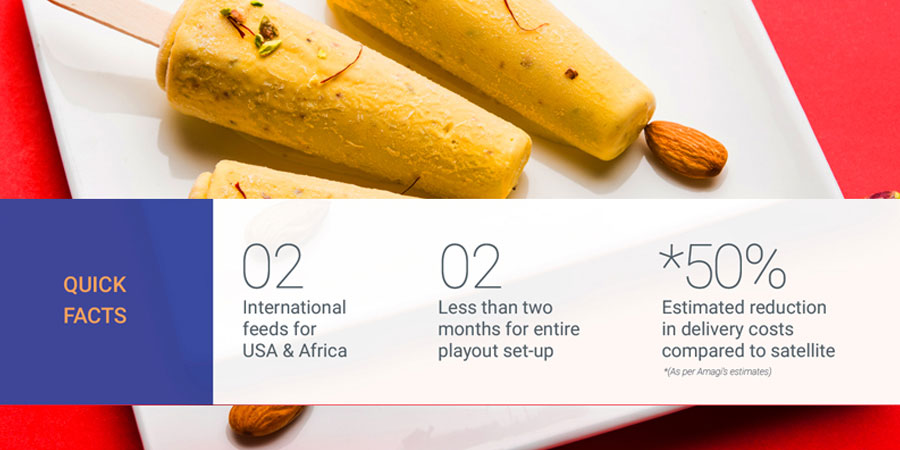 In a traditional set-up multiple satellite feeds would have been required to cover both USA and Mauritius, resulting in high CAPEX & OPEX. Also, setting up the entire infrastructure would have been a long-drawn, tedious process that could have adversely affected the launch plans for the Food Food team.

Download the case study to learn how Amagi deployed an edge-based, cloud-managed playout solution to ingest & deliver content assets to the edge, and to deliver as well as record a linear stream from the edge.