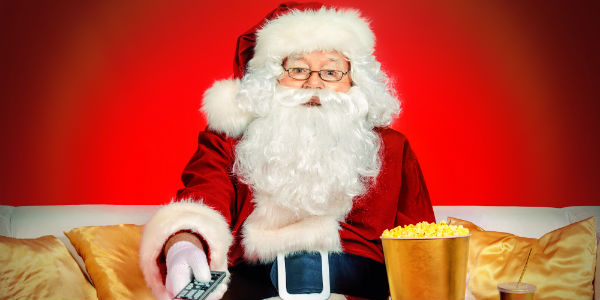 You could be almost certain that certain popular movies and holiday themed reruns would make a come back because of a simple reason. It has an audience. However, apart from rehashing the same titles every year, and adding a few new ones, little has changed with holiday season TV, especially when it comes to facilitating a more binge-worthy experience.

Binge-watching isn’t really a Netflix-era invention. Before streaming video became a reality, catching-up on your favourite sitcom was done with good-old all-day reruns. In fact, some of the popular shows from 90’s still have such massive following that channels like Nickelodeon recreated the exact same playlist in 2015 to capture the nostalgia quotient of their audience. One of the reasons why binge-watching is so rewarding, could possibly be the continuity that the audience enjoys. Heidi Thomas, the screenwriter of BBC’s drama, little women, believes that binge watching has also helped content creators improve their quality. Of course, just because people may binge-watch, your whole programming cannot be made-up with just re-runs and holiday season films. Or can it??

Economics of a holiday TV channel

There is no reason why we don’t have channels with just X’mas movies apart from the economics behind it. After all, these movies and re-runs have a clear seasonality. A channel that makes up of holiday flavour titles may enjoy a slight increase in viewership before X’mas holidays, but would not be able to sustain it after the audience goes back to their usual routines. In a heavy CAPEX TV broadcast model, spinning-up this holiday channel could never be justified. However, with rise of cloud technology, economics of a dedicated holiday-themed, short-duration channel adds up.

The channel can go live for the duration of holidays, run parallel to the primary channel, and could be taken down once the viewership numbers start to decline at the end of the holiday season. This way, TV networks could facilitate a HULU or Netflix-like binging experience on TV, without investing in long-term contracts. With cloud, it might also be possible to create customized playlists as per regional requirements. For example, HBO could create could create a holiday channel for Diwali holidays in Asia and for X’mas holidays in North America. Due to the flexible nature of a cloud playout it may even be possible to create multiple pop-up channels with targeted playlist for each state within a country.

While pop-up channels have always been imagined as properties with a fixed expiry date, the ultimate destination for their consumption is assumed to be just TV. However, as people become accustomed to discovering content across platforms, TV networks may also want to attempt a multiscreen, content-centric model. For example, a X’mas-themed linear channel could be delivered on TV, while the TV network’s mobile app could host VOD content with personalized ads. This ‘follow-the-holiday-user’ model could then be used effectively by the TV network’s marketing team who could create special holiday bundles for cross-device consumption.

As technology evolves, everyday human experiences including holidays and festivals are undergoing a transformation. And yet, the core experience of celebrating holidays with family and friends, remains unaffected. Content creators who can capture the holiday cheer in new ways and formats, will always have an audience. Happy holidays!