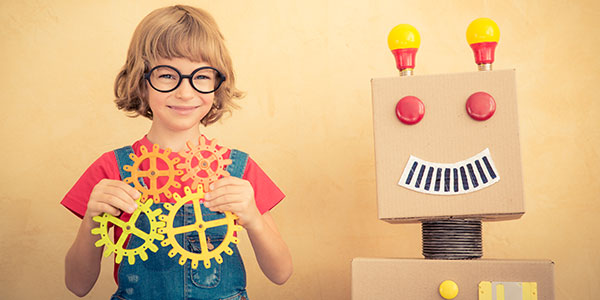 With rise of Alexa, and Siri, humanity at large has had its first brush with how artificial intelligence may change their lives. As the use of smart assistants becomes commonplace, there have been voices of concern that caution with foreboding predictions.

For the everyday professionals though, including those who work in the broadcast space, the biggest concern could perhaps be – “How would AI impact my job?” A closer look on real-life application of machine learning could put job-related concerns to rest. This doesn’t mean that the way the broadcast industry functions wouldn’t change. Here are three predictions about how AI could change the way you work.

A video expert today must manually go through hundreds of video hours, to carefully create broadcast-ready segments, or to determine logical ad points in linear broadcast. Moreover, this process must be repeated with change in air-time or change of formats. Machine learning-based system could help in reducing timelines for content preparation by automatically detecting segments, and logical ad points. This way, content processing service providers would be able to deliver more broadcast-ready content, in lesser time, allowing them to play more directorial role than tactical one.

Traditional playout roles are likely to change dramatically as machine learning-based systems become prevalent. These systems can already detect basic aberrations in video and audio levels, monitor sync between video and subtitles, and detect errors such as black or freeze frames. Thus, the traditional functions of a basic QC may evolve into more analytical roles. For example, a QC manager in near future may not individually check each asset, but only check the report of the system to determine which asset needs further examination. Since the machine-learning-based system learns from inputs and validations, QC managers of today may also find themselves performing roles of training the systems.

Machine learning will remove certain boundaries that have traditionally held back key operations managers from innovating. When use of machine learning becomes commonplace, most managerial or operations roles may become more demanding in terms of strategy. Managers will need to think of the big picture, and focus on adding long term value to their processes. This could foster innovation as managers would encourage their teams to innovate in order to gain strategic edge over competition. For example, machine learning may enable operations manager to reduce the timelines of live to VOD conversion. This in turn could allow the channel’s marketing team to market the speedier availability of this content. Having said that, this may also result in increased competition and continuous pursuit of delivery innovations.

Machine learning will solve key business challenges for TV networks and OTT content networks. It will allow them to scale up faster, across platforms and geographies. However, it would also have a significant impact as the workforce aligns itself to the new way of working. While it could be perceived as a threat to current ecosystem, it is more likely to turn out as a boon to help the broadcast industry add value to the job roles, making them more strategic-intent driven than their current tactical and process-driven nature.