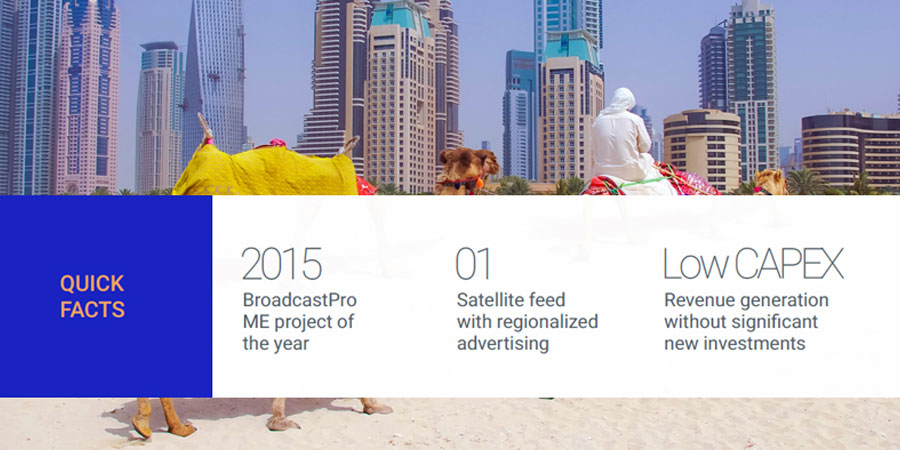 Outside India, the Middle East is one of NDTV’s biggest audience bases. The region has a sizeable viewership given a population of over 6 million Indian expatriates. However, NDTV was covering the entire Asia region through a single satellite feed. This meant that viewers in the Middle East watched the same content that is aired in India, including programs and advertisements.

If NDTV could find a way to serve local ads relevant to the region, it would open up new revenue streams and provide better value to advertisers. Furthermore, this would enable NDTV to improve the viewer experience and its audience base by being region-focused and targeted.